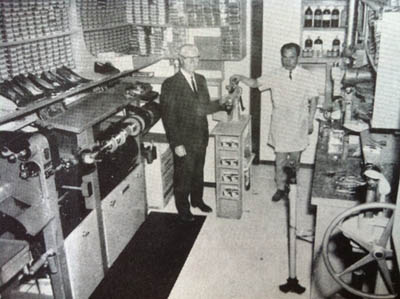 In 1955, Pat DeLuca immigrated to Edmonton from Italy because of the great work opportunities available in Canada. In Italy, the DeLuca family was known for their generations of talented shoe making and repair skills.  Pat worked in various shops his first years in Edmonton and mastered the 'modern methods' of shoe repair.

His skills attracted the attention of William "Pop" Kostiuk, an old master at shoe repairing and owner of Expert Shoe Clinic.  Pop took an immediate liking to young Pat and a strong bond of friendship was quickly formed.

In just two short years, in 1961 Pat proved himself worth of Pop's skillful teaching and he was taken into full partnership of the Expert Shoe Clinic, located at 9922-101 Avenue. 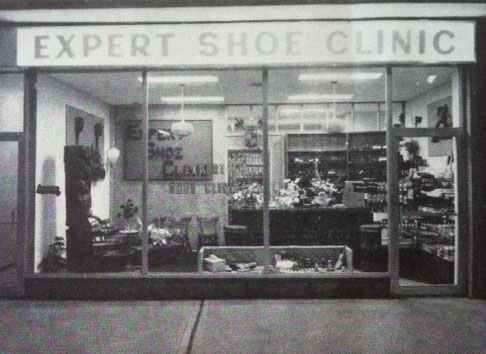 In 1962, Pop decided to retire and he sold his interest in Expert Shoe Repair to Pat.  Pat now had his own shop in Edmonton and realized his dream of being a 'sole' owner.

Business was booming and Pat decided to open a second location.  In 1962, he opened a second shop at 10316-100 Street.  He ran both locations until 1969, and them closed the 99 Street shop to improve quality control and customer relations.  He stayed at the 103 Ave location until 1987, where he then moved around the corner to our current address of 10020-103 Avenue.

In 1991, upon completion of high school, Pat decided his son should be the next 'sole' owner of Expert Shoe Clinic.  Pat remained and continues to be a teacher, a mentor and a constant face at the store even though he officially retired in 1999.